Having reviewed over 700 golf courses and destinations worldwide, Jason Scott Deegan tells his readers that number one on his bucket list for any golfer is to travel overseas. ‘You’ll battle wind and wild terrain along the shore. The ball will bounce like a ping pong on the firm, sandy turf. This is the way golf began, and the way it should be played today.’ (Jason Scott Deegan, online). So it is on King Island.

Deegan’s ‘Bucket List’ overseas golf destination is, in fact, Ireland or Scotland, but doesn’t it sound remarkably like golf in King Island? You will, of course, need to travel over the sea to get to this small Tasmanian Island in the middle of the Bass Straight. Subject to the gales of the Roaring Forties, you will undoubtedly have to ‘battle the wind’.  As for ‘sandy turf’, both Cape Wickham and Ocean Dunes boast ocean views from every hole, indeed this terrain is incredibly and beautifully ‘wild’, and the soil you will be teeing off will be sandy or a sandy loam, creating the ‘ping pong’ effect Deegan writes about. King Island’s golf courses are rated amongst the best in Australia and Cape Wickham Links has been rated 24th in the world by Golf Digest. 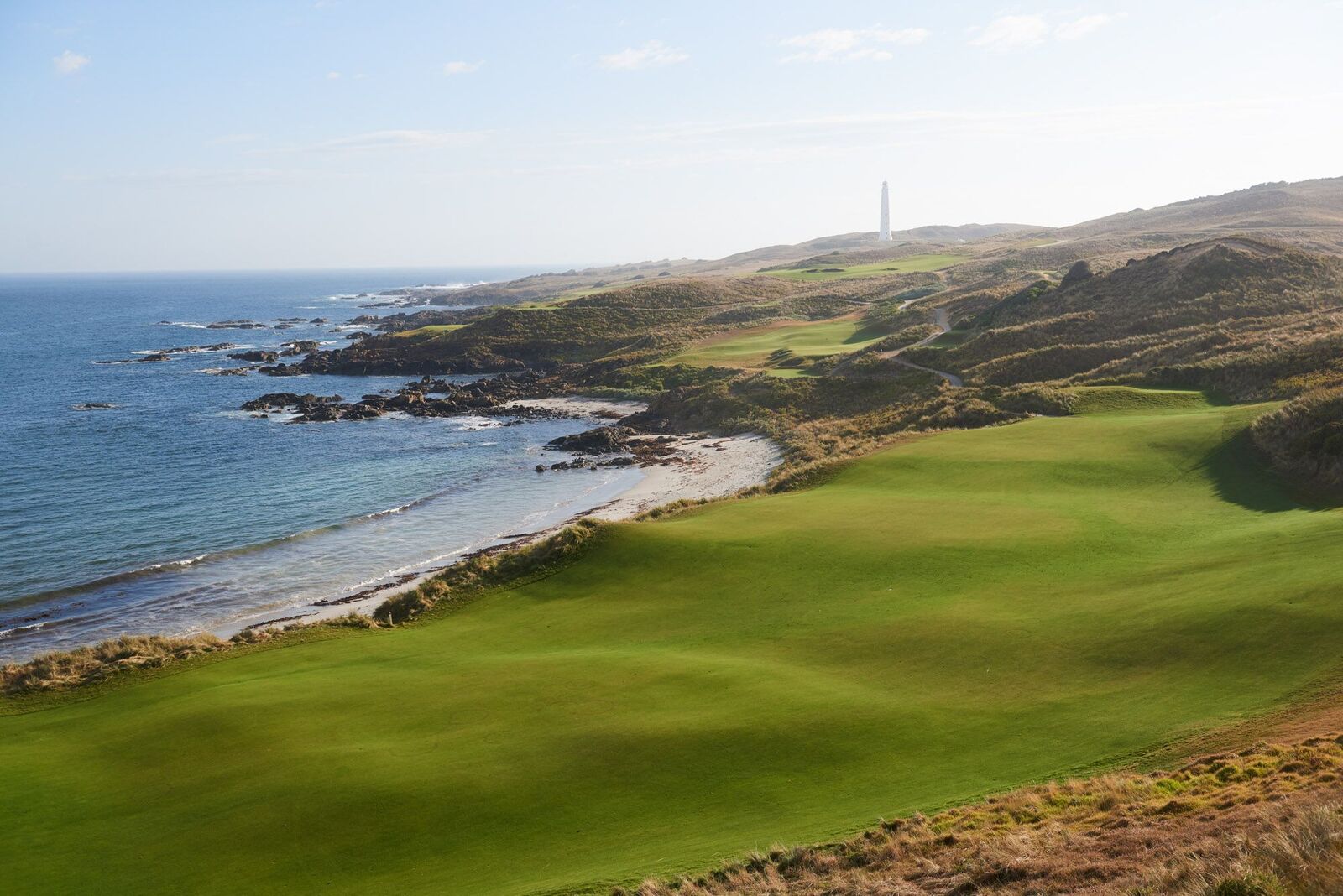 However, we agree that there are some very significant differences between experiencing golf on King Island to the experience you may have golfing in Scotland and Ireland. Simply weigh up the potato cuisine of Great Britain, with King Island’s world famous cheese, beef and seafood. Consider the crowded links of Ireland and Scotland against Craig Tansley’s description of playing golf in King Island: ‘there’s no one else around, not a single golfer on a course that stretches across some of the golfing world’s most perfectly undulated links terrain’ (Traveller Online). We think you can save yourself a lot of money, reduce your travelling time by at least 95%, and ‘play golf the way it began, and the way it should be played’, by experiencing golf on King Island. Tick this off your golfing bucket list.